Following over 40 years of service as Secretary and Chairman, Bryan Barnes stood down as Chairman in November 2017. The Committee arranged a surprise retirement party after the AGM which was attended by over 100 Members.

There was food, drink, music, slides, presentations, lots of chat and catch up about old times. Bryan was overwhelmed by the gift of a holiday voucher; from member contributions,  which he used to fill his bucket list dream of going to Mastrich to see Andre Rieu.

Thanks to Bryan and a team of Members, ACS have remained an integral part of the Aylesbury Arm in our new home at Circus Field. 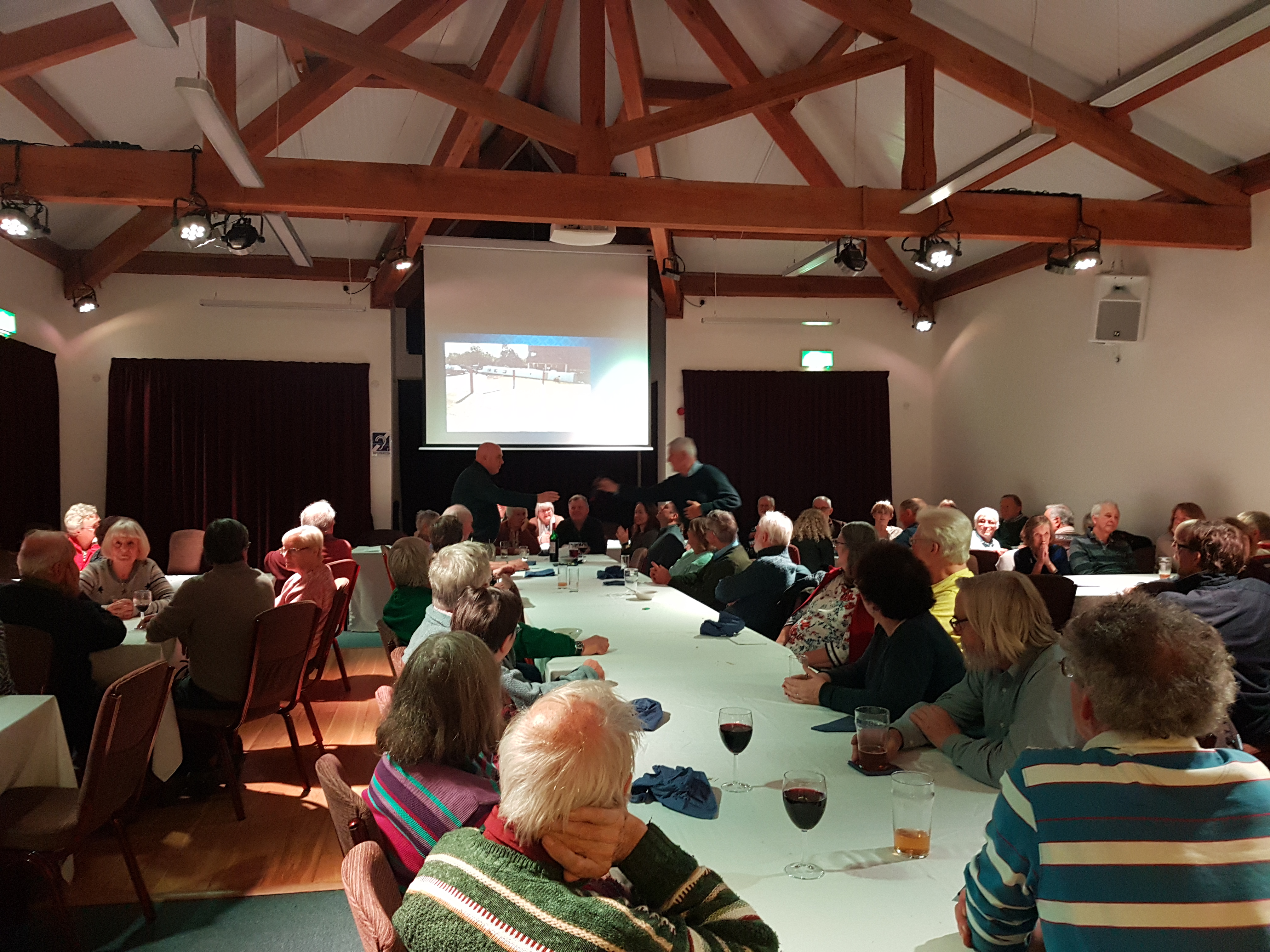 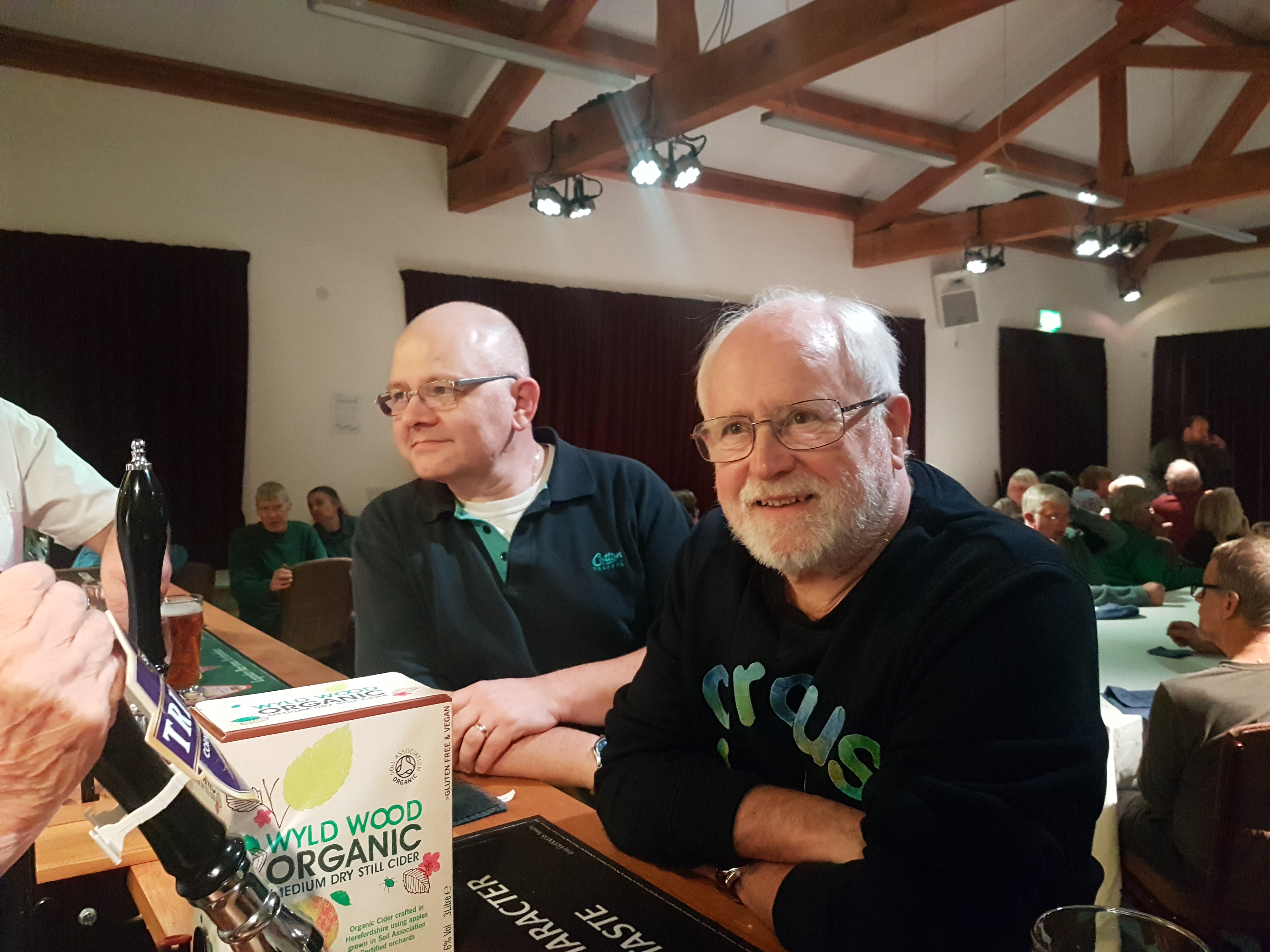 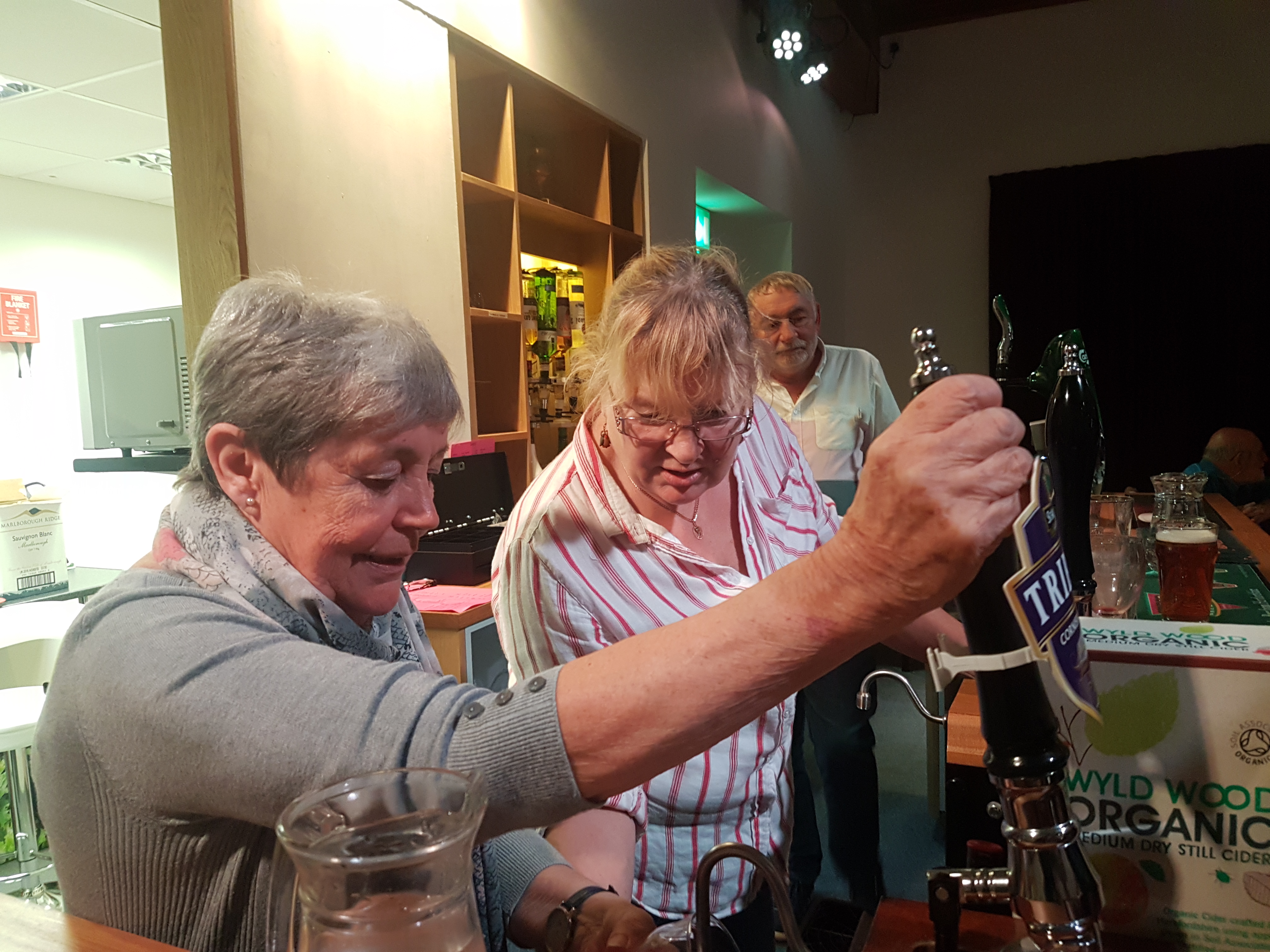 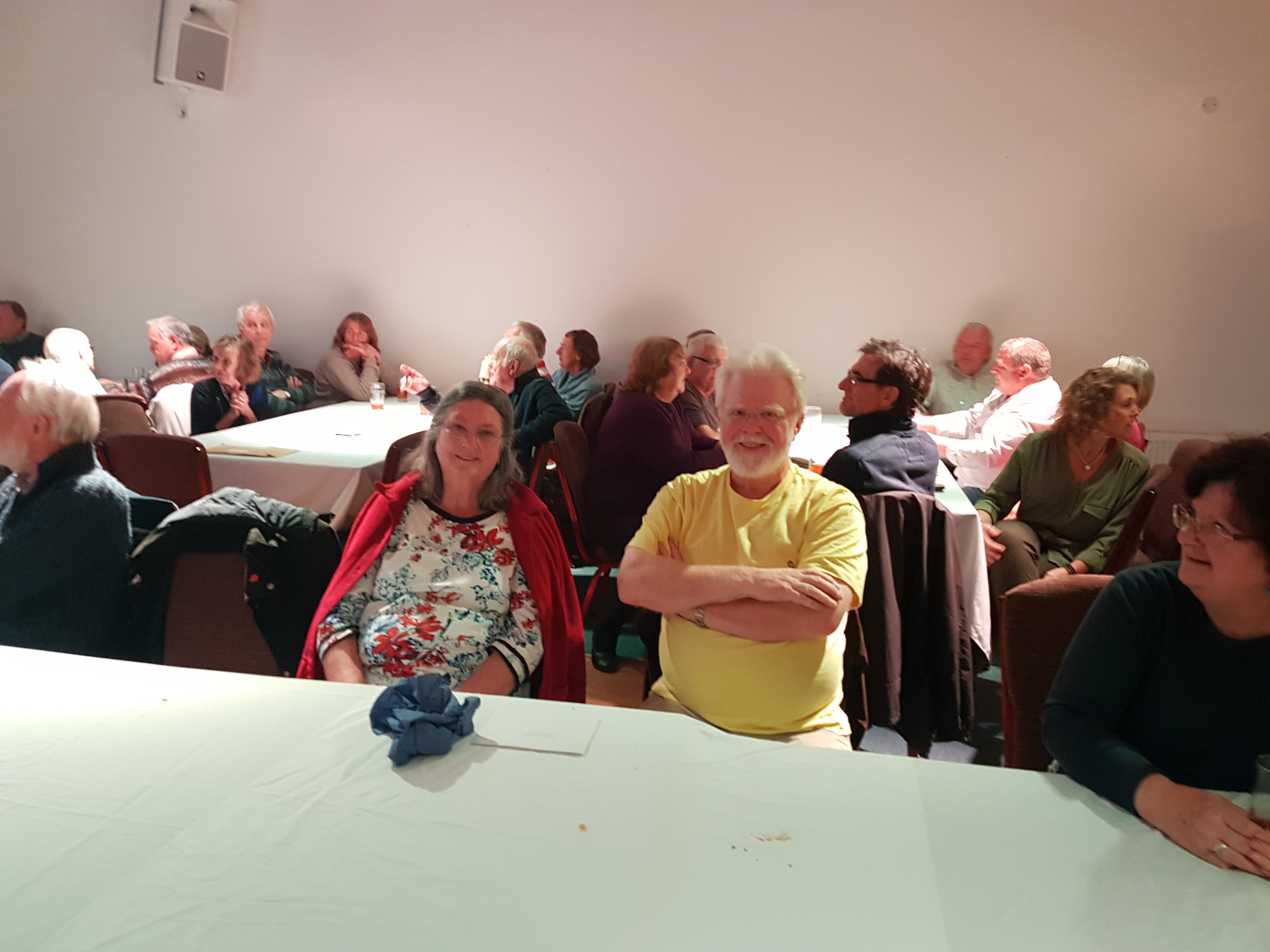 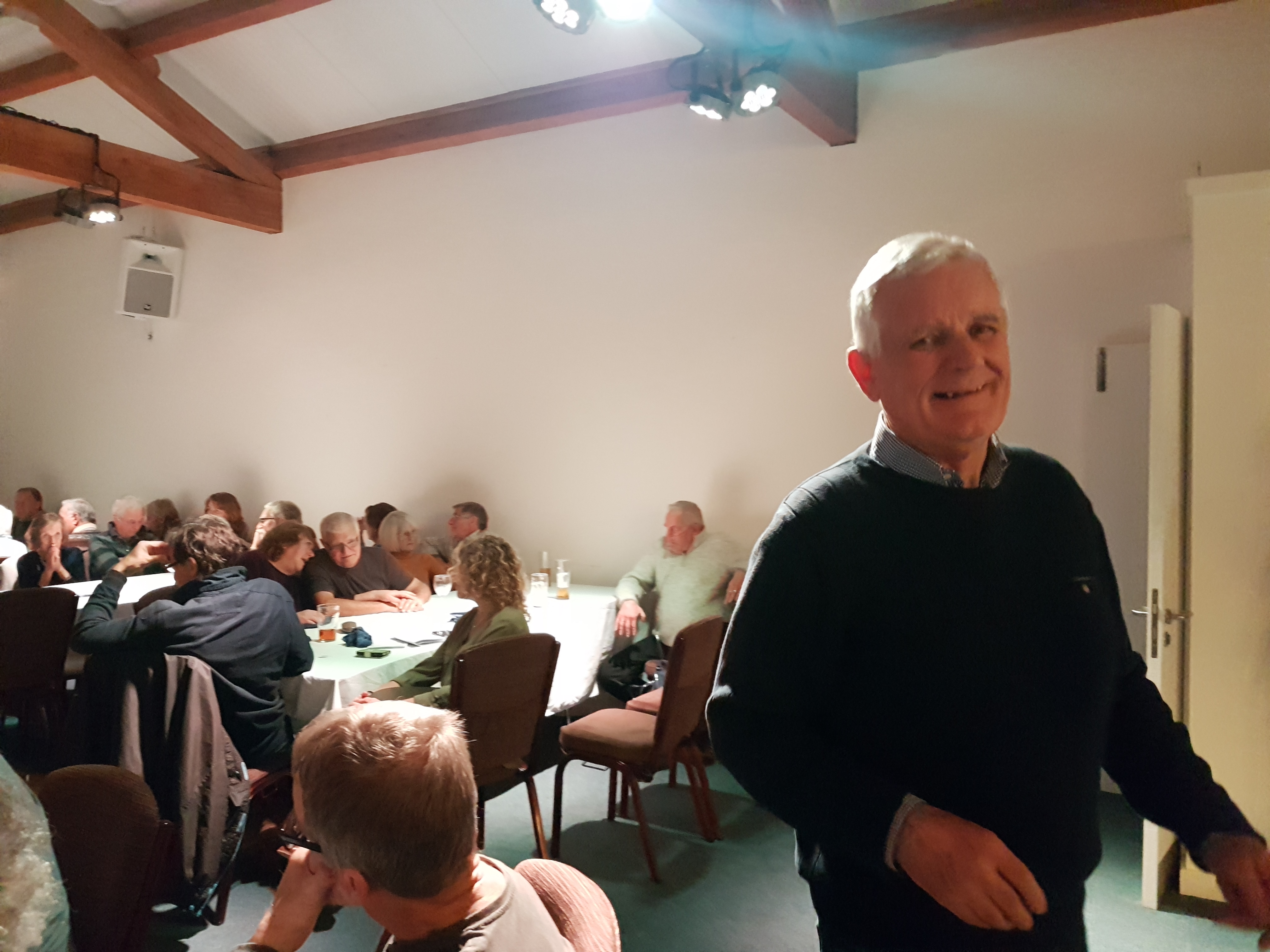 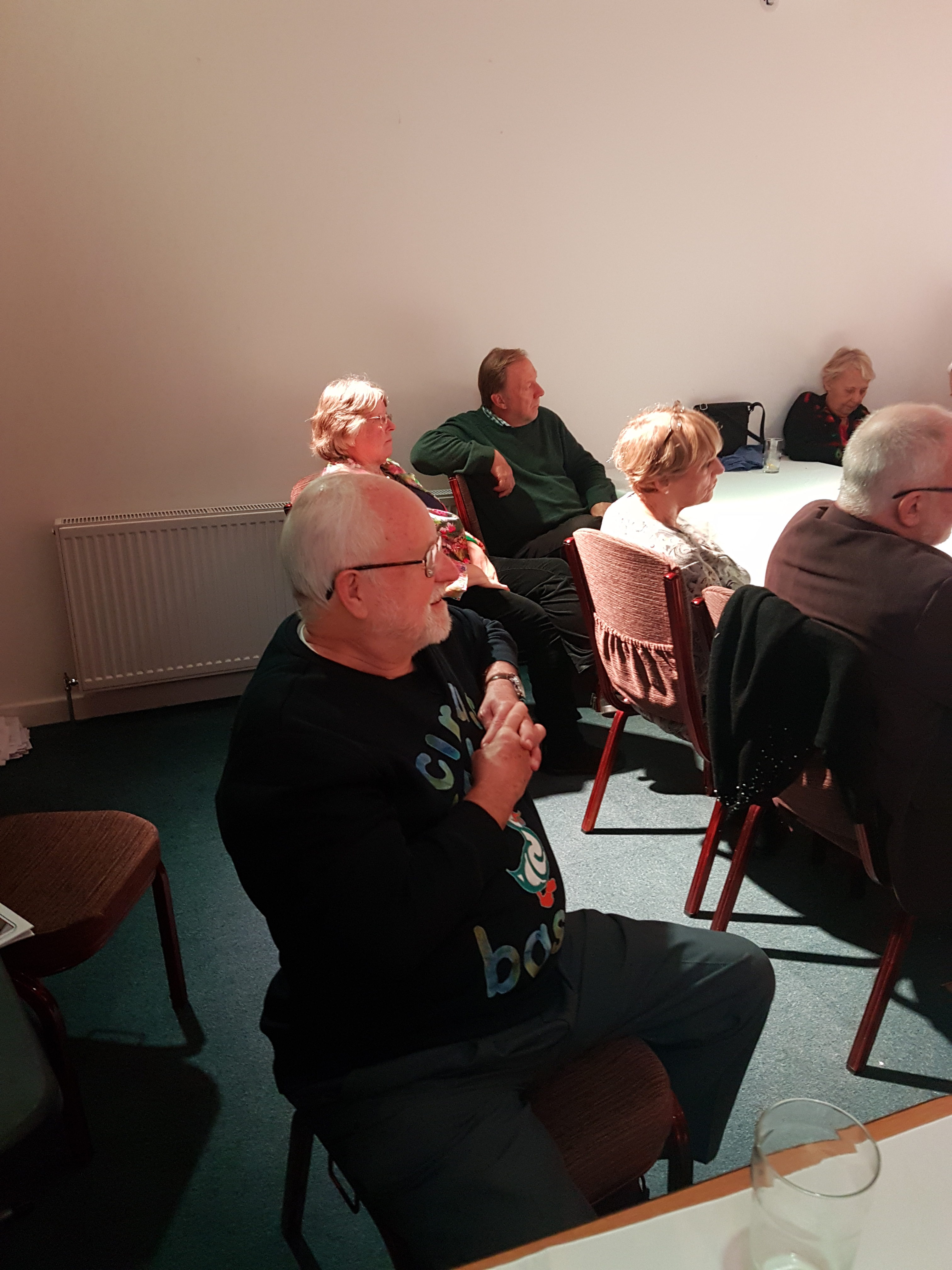 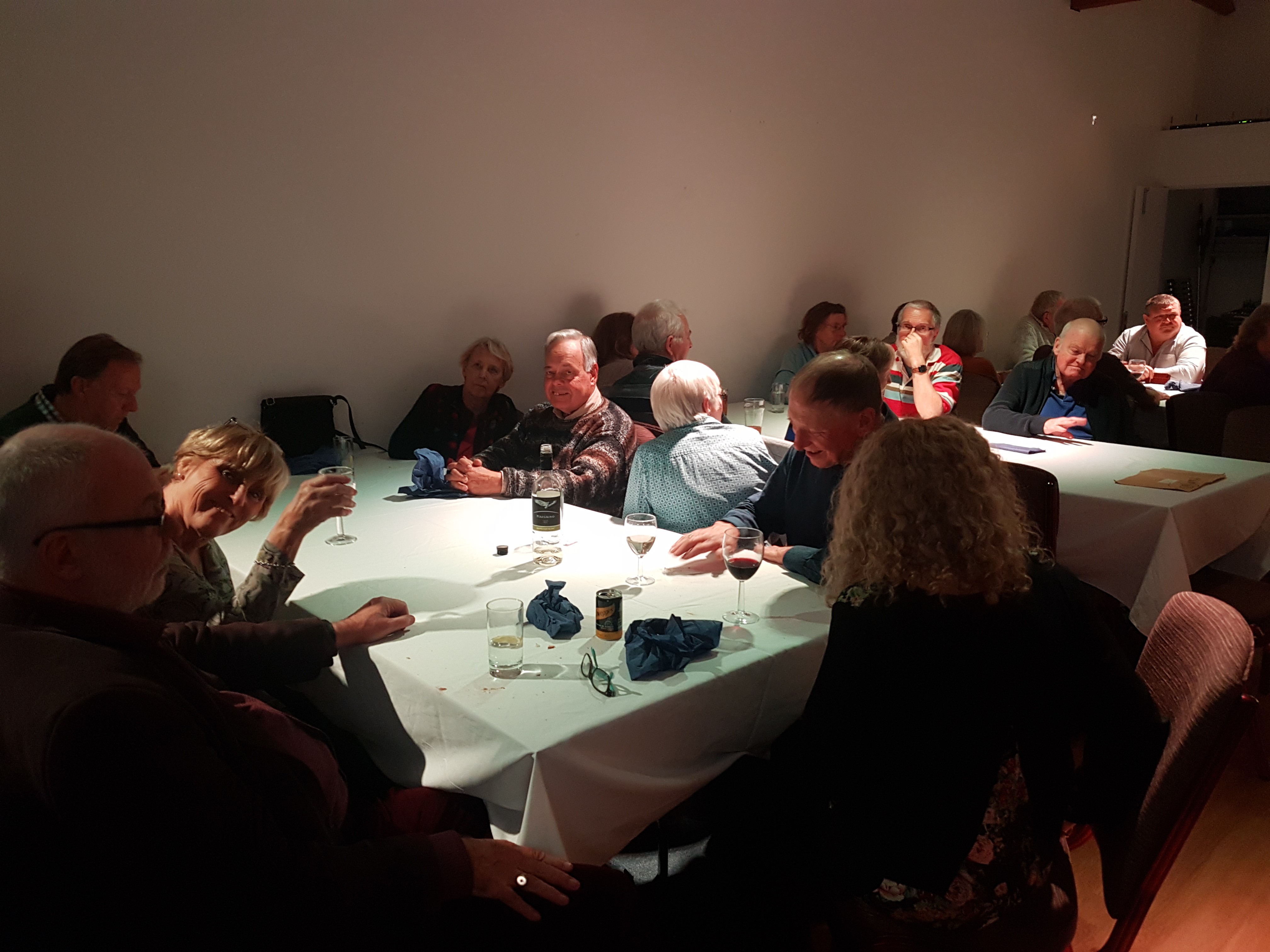 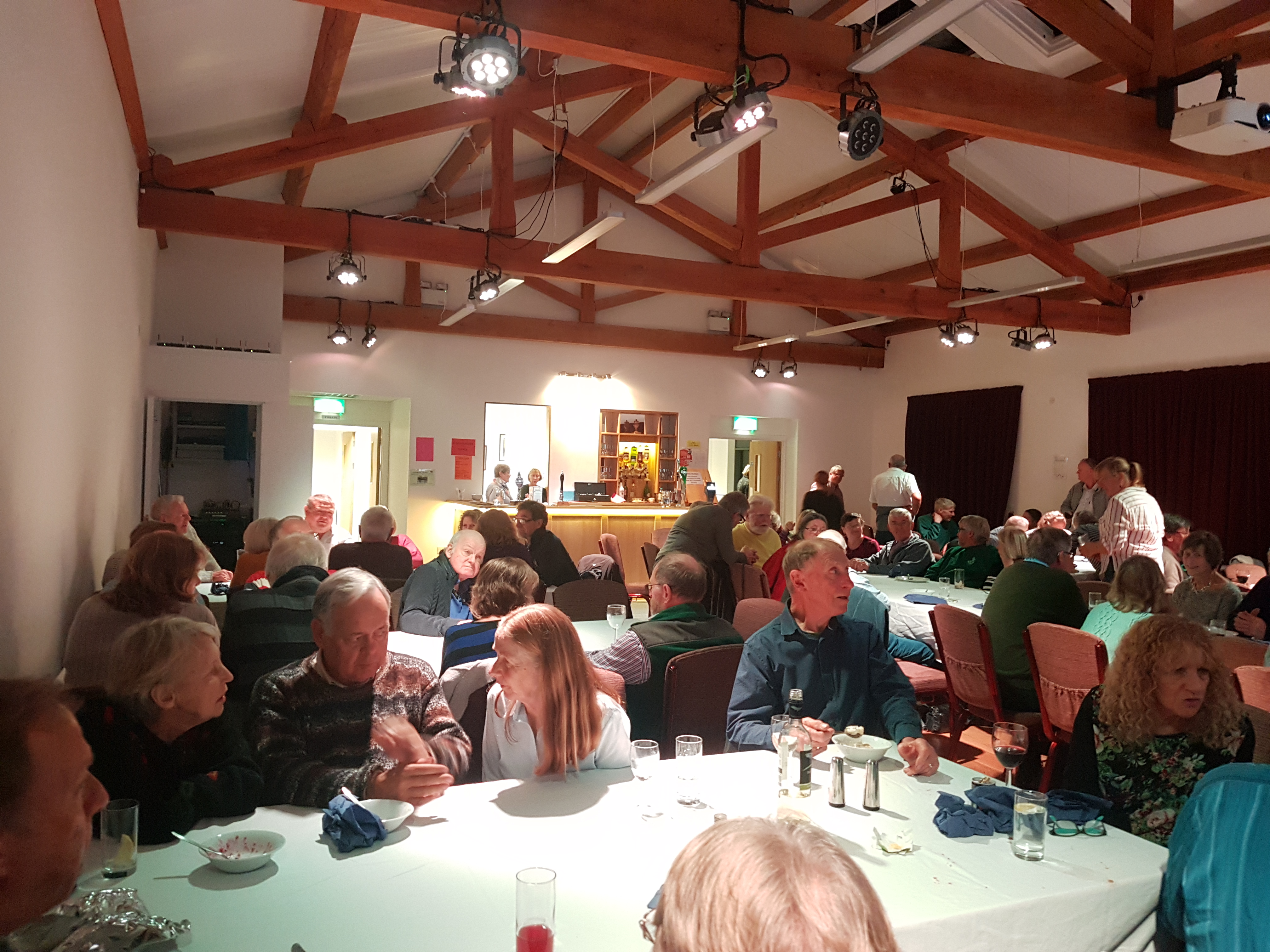 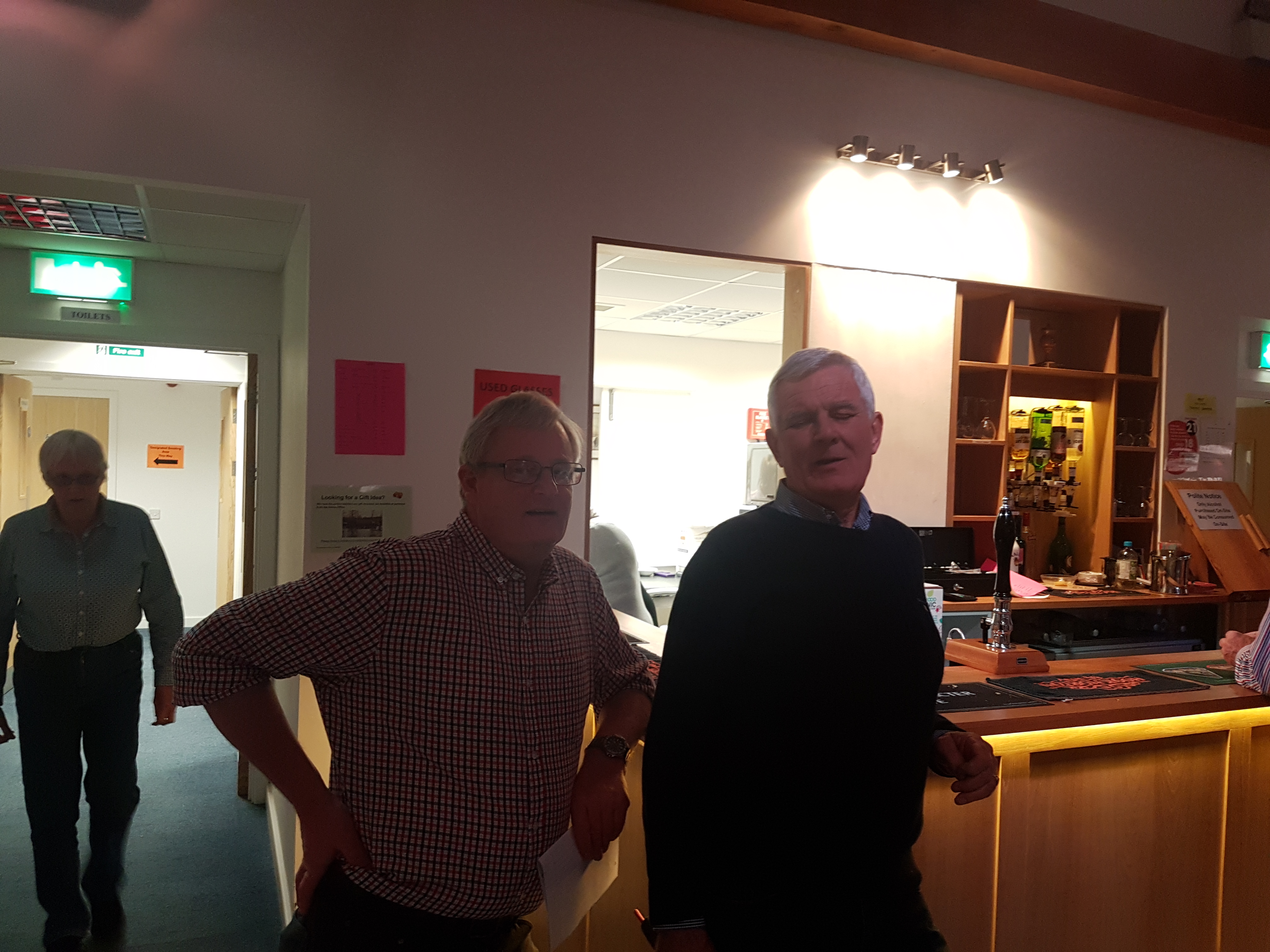 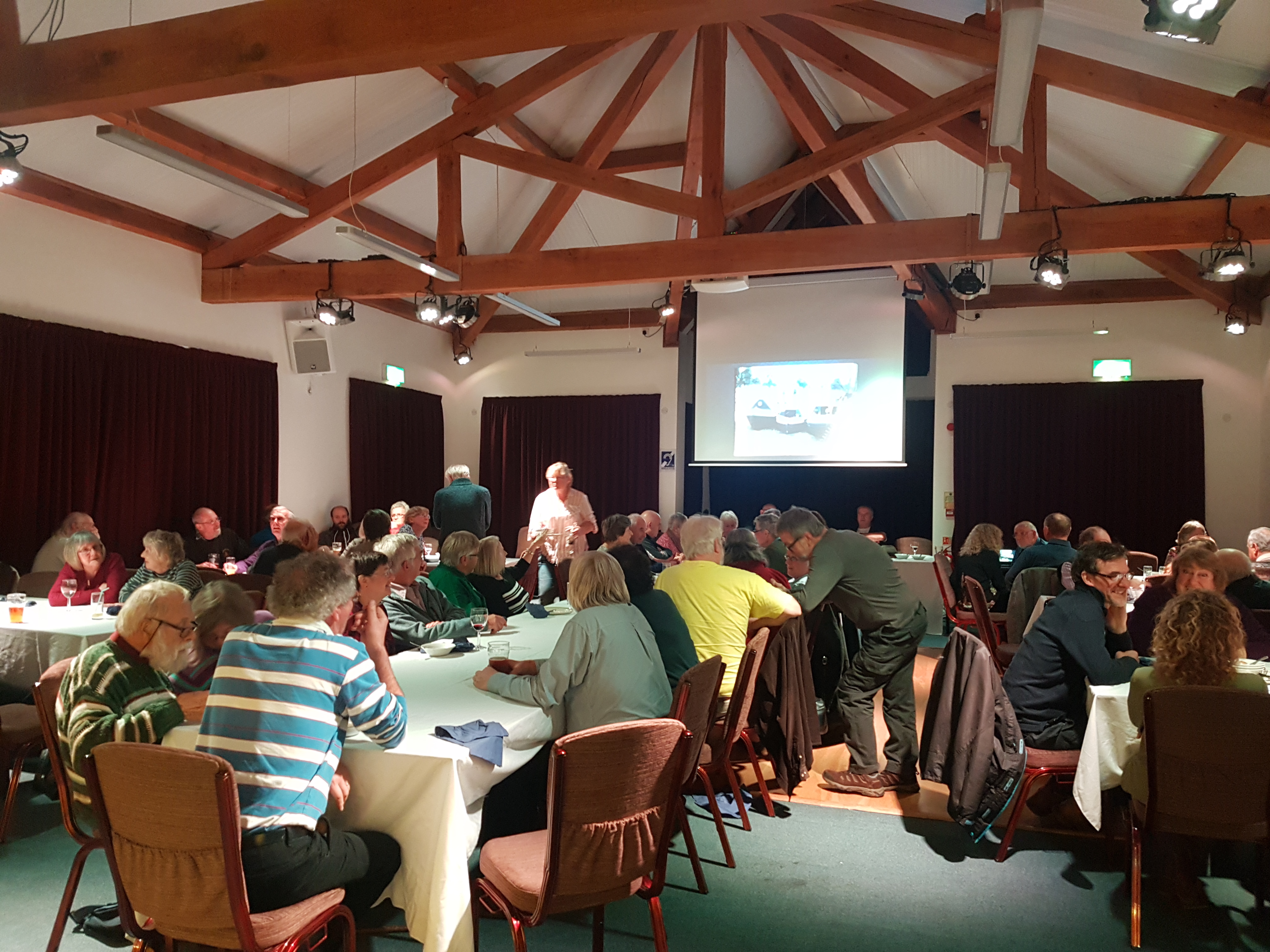 For the first time ACS had a mass turn on of our Christmas Lights on Friday 7th December 2018.

In the run up to the event there was a lot of banter in the basin amongst all the boaters who were decorating their boats. The building was also decorated inside & out which included 3 real trees. By having lots of members involved & helping, there was a real buzz around the place.

On the evening of the 7th – complimentary mulled wine was supplied by the ACS committee & Bryan kindly donated the mince pies. The bar was open as usual from 7.30pm & everyone gathered upstairs. Just before 8pm everyone moved out onto the balcony & those turning on their boat lights returned to their boats (with fingers crossed) to get ready for the ’switch-on’. At 8pm the air horn was blown & to everyones surprise, all the lights were turned on & the boats illuminated. (All without causing an Aylesbury power surge!) It didn’t matter if your boat display was ‘over board’ or you only had a few lights – it was the taking part that was encouraged & enjoyed by all. With Christmas music playing & plenty of Christmas jumpers being worn, it was a great start to the festive season.

We will be doing it again this year  & after the success from 2018 it appears even more boaters will be taking part this year. The basin lights were the talk of Aylesbury Town last Christmas so lets keep up our standards & make this years ‘switch-on’ even more successful. 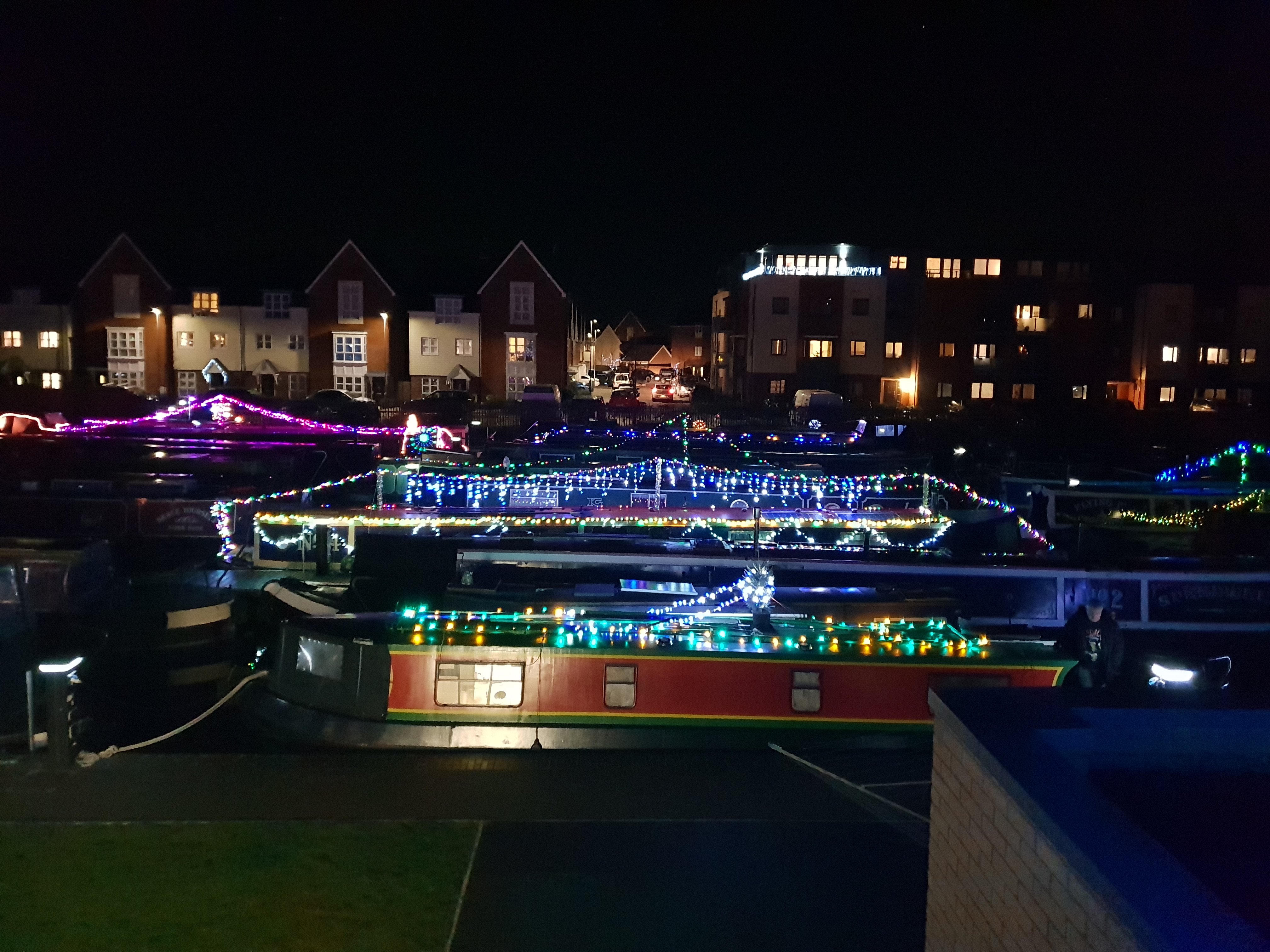 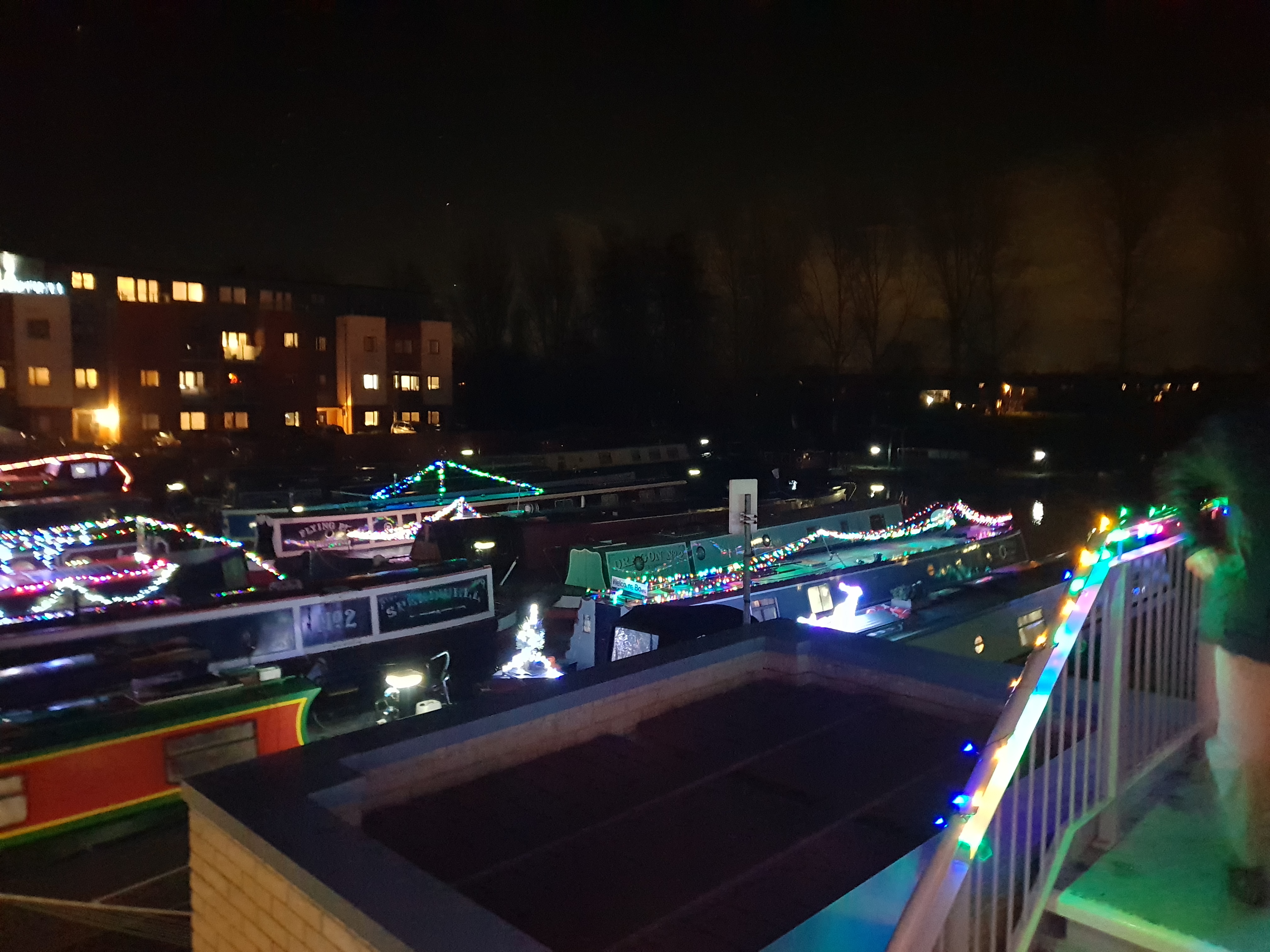 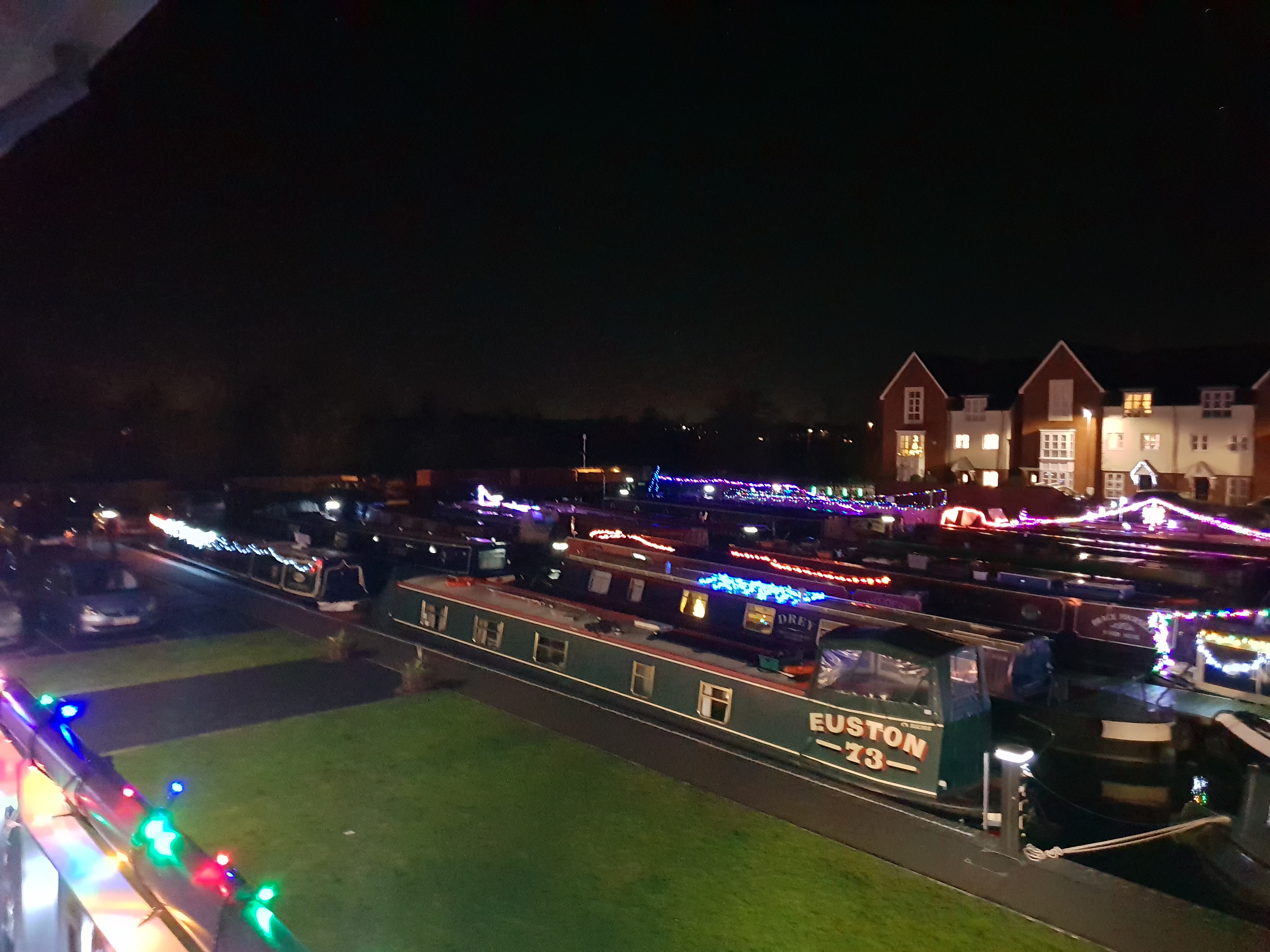 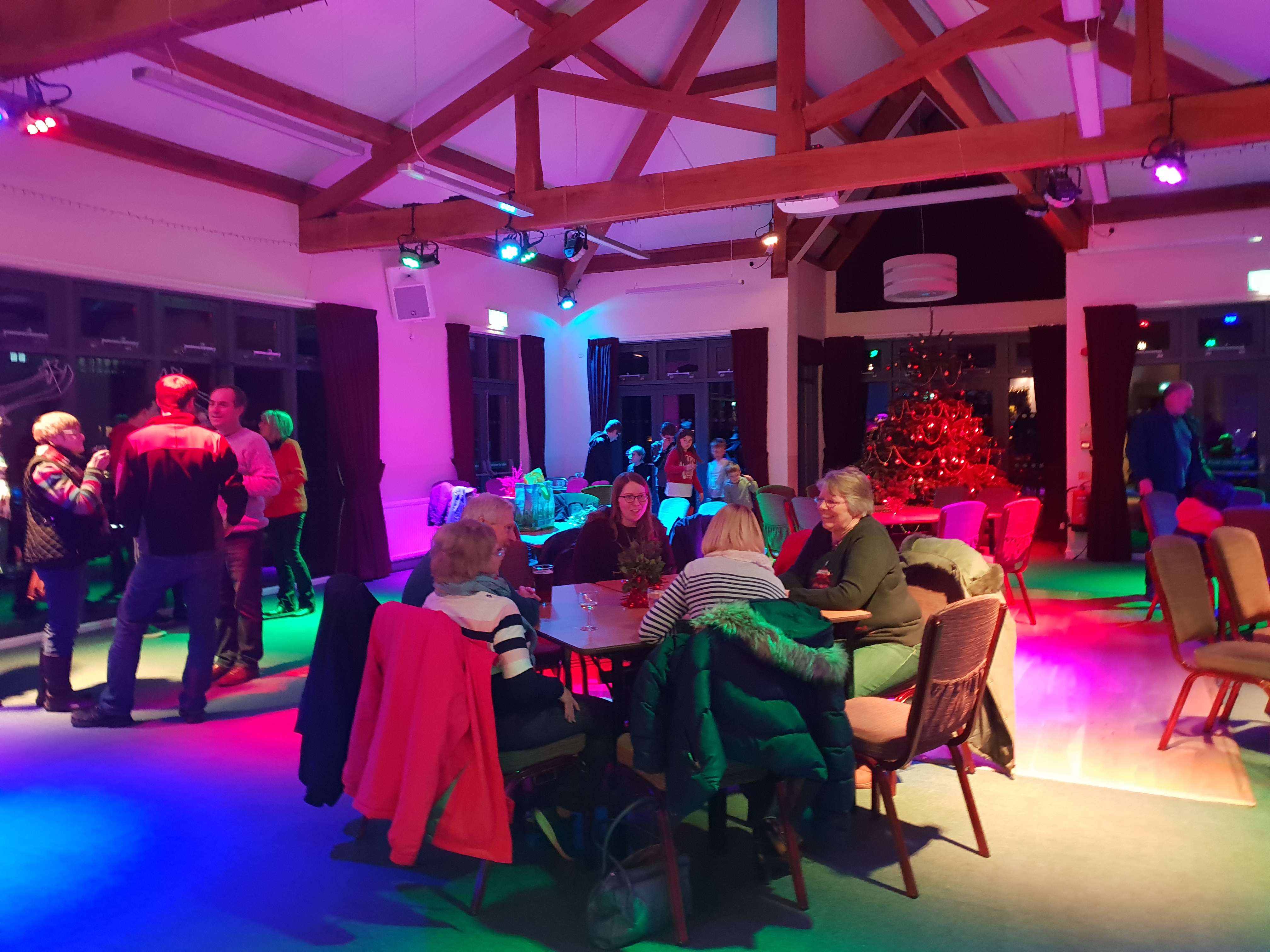 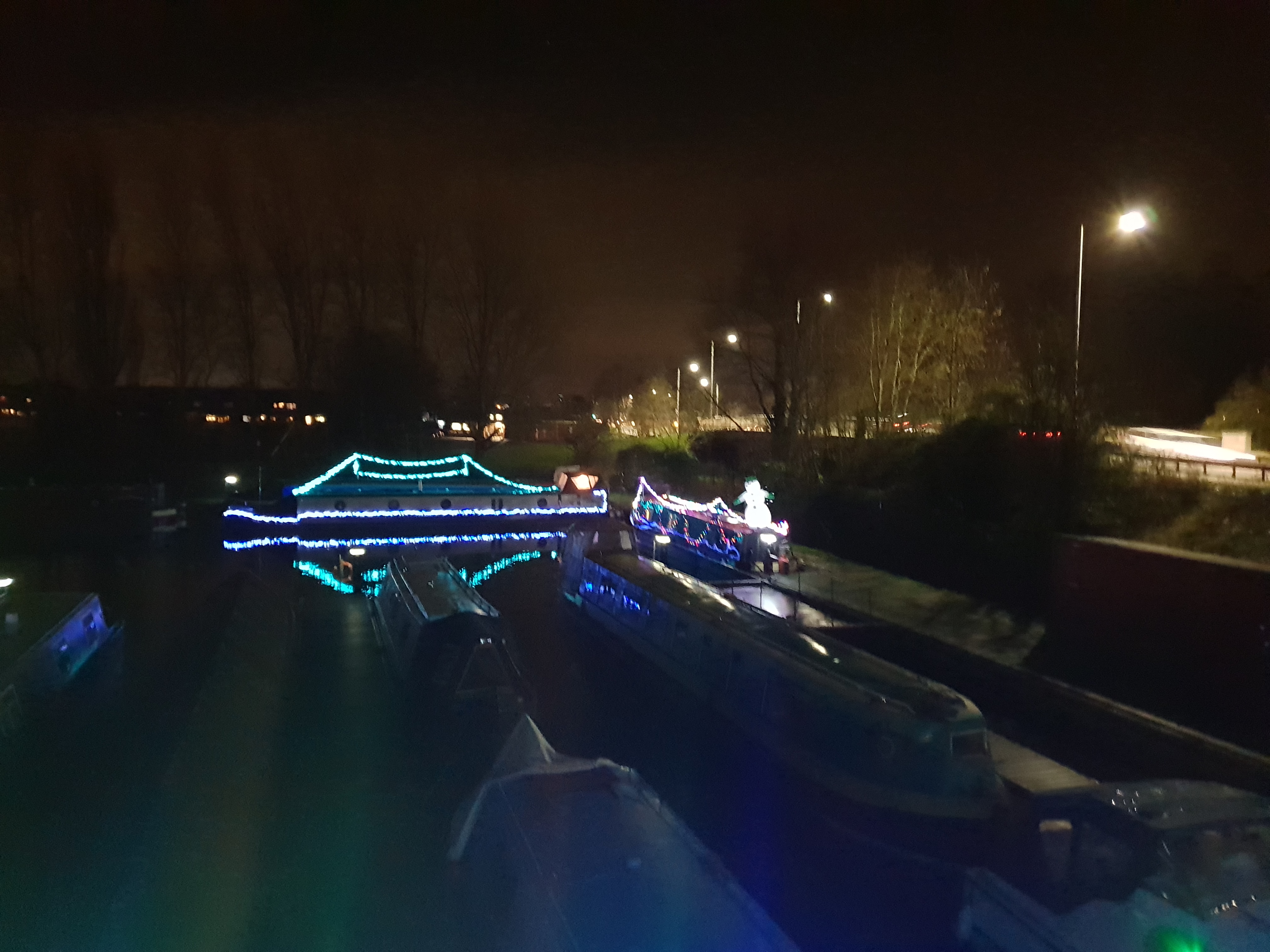 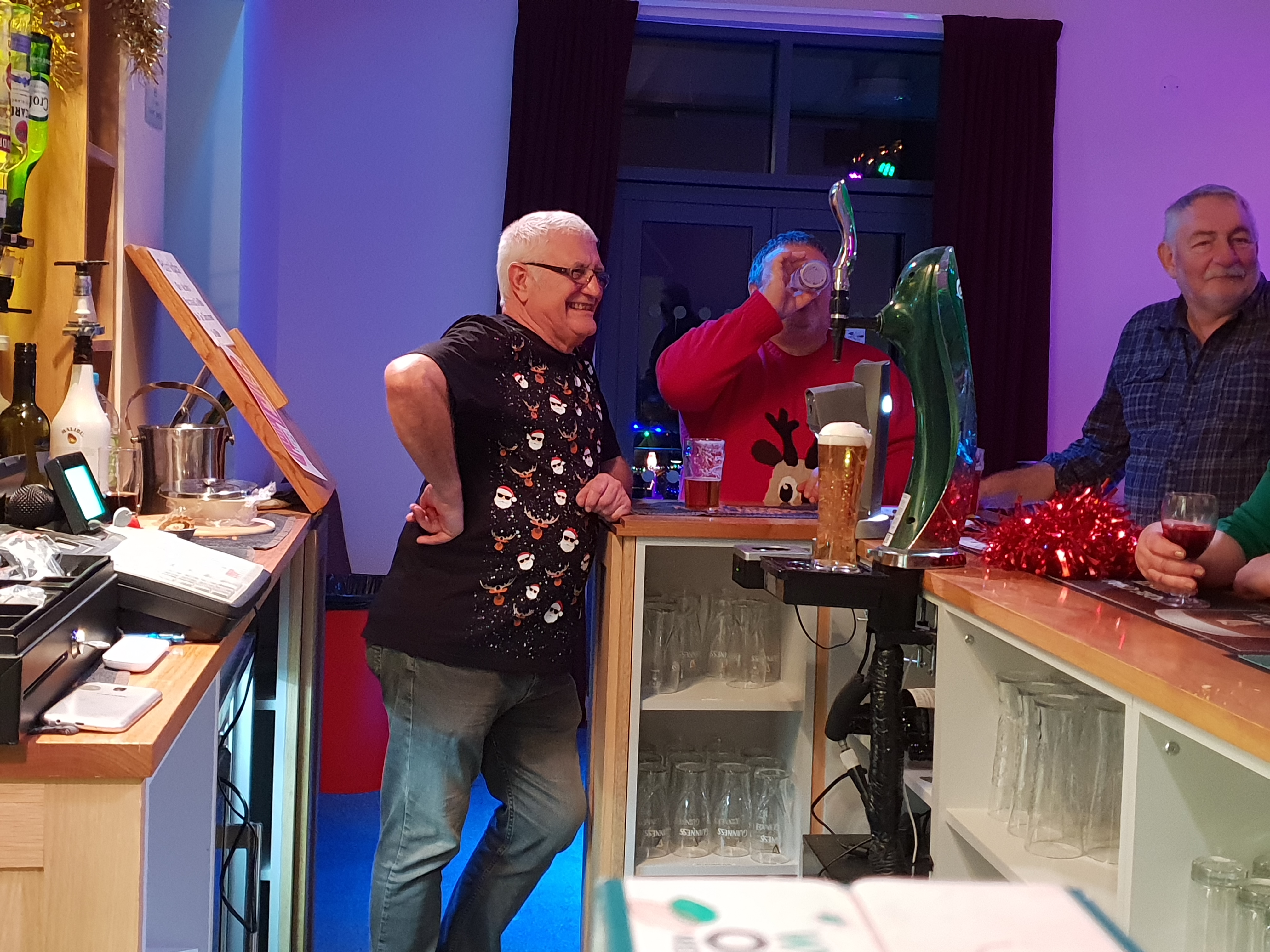 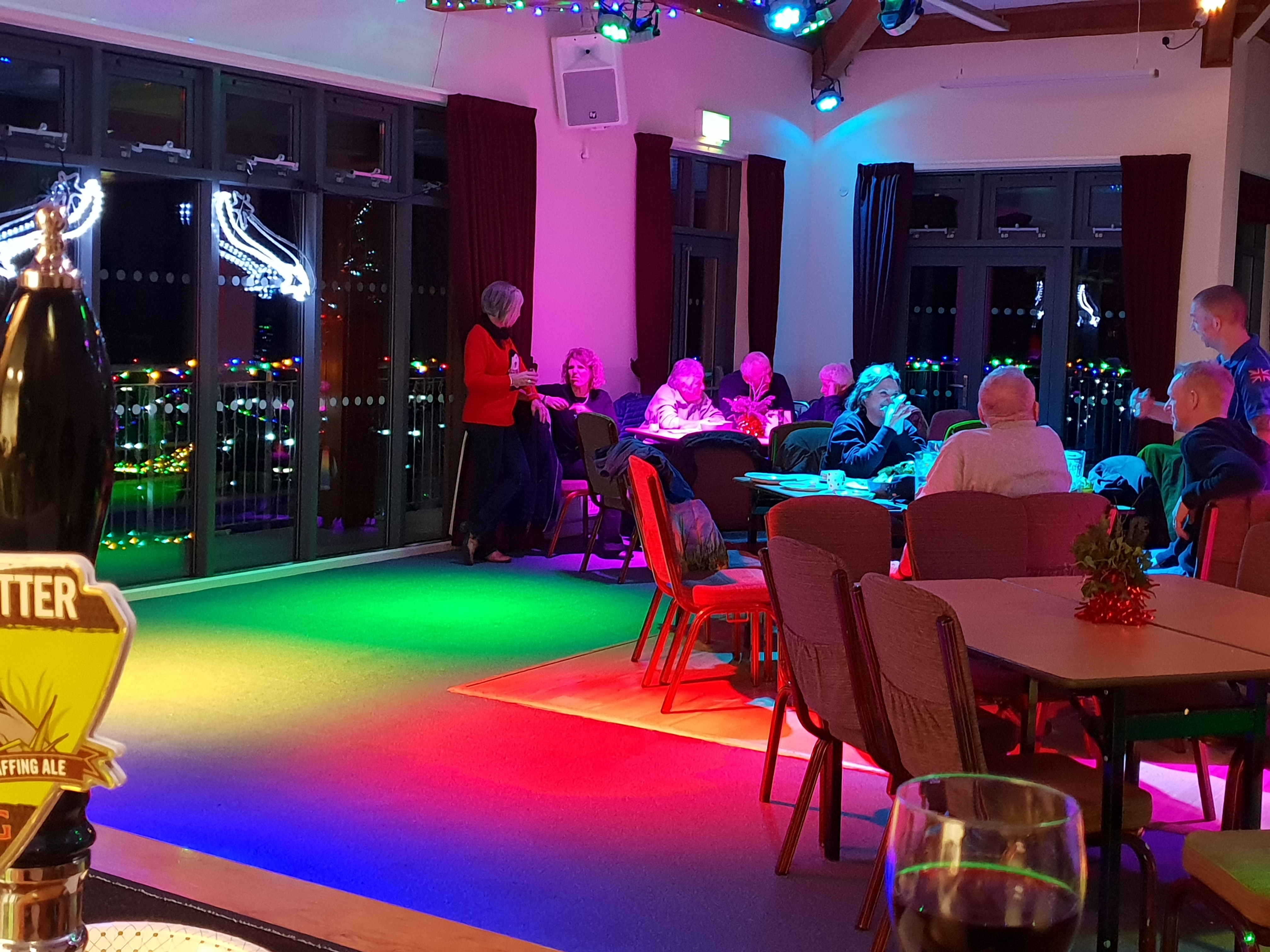 July 2019 saw several SM Hudson boats arrive at Circus Field Basin for their annual get-together: For many northern boaters it was the first time they had visited Aylesbury. Some had not previously been south of Braunston! Several owners who were unable to make the trip by boat and some former owners arrived by car and camper van. The event was swelled by many ACS members who joined in to make it a memorable weekend for all.  All in all, a great long weekend and our thanks go out to all who helped, joined in with the festivities and did so much to welcome our visitors.

The Hudson owners group have held an annual get-together for 4 years now. Following the untimely death of Steve Hudson in 2014 several suggestions on how Owners could continue to meet up were put forward and in 2016 Sarah Edgson kindly invited them back to the Hudson spiritual home of Glascote Basin, now run by Norton Canes. They continued to meet up at Glascote for the next two years and plans were in place for 2019. Unfortunately, in March it became obvious that due to lack of space and work commitments within the basin it would have to be cancelled. Step forward Aylesbury Canal Society and the suggestion “why don’t you have it here” so the invitation was put out and the result was a brilliant weekend to meet with friends old and new. 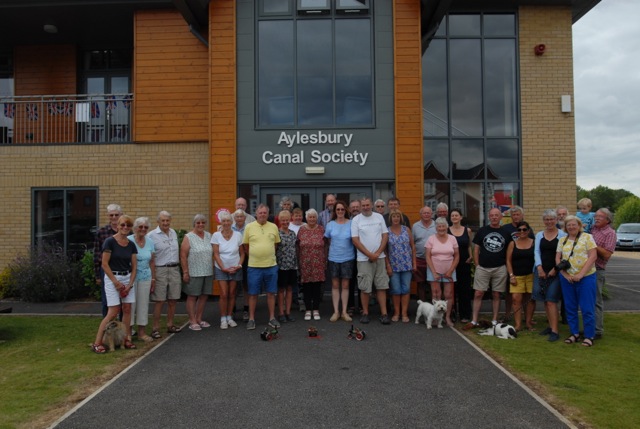 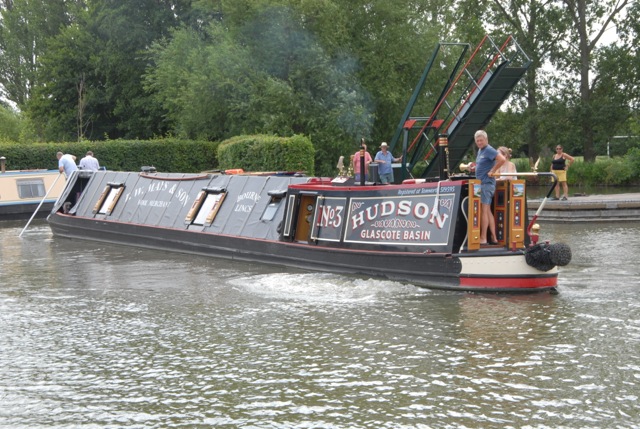 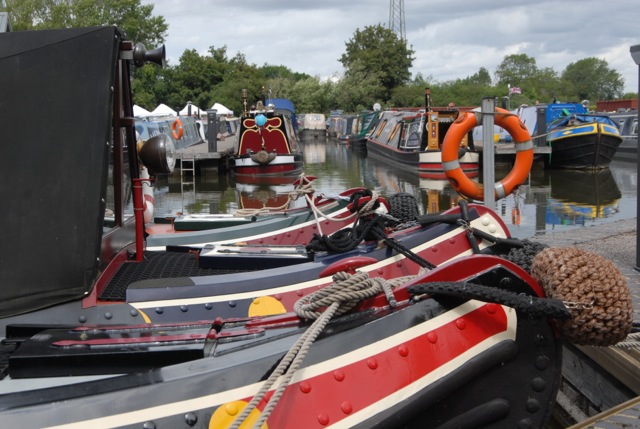 Every Spring and Autumn the members of the Society gather together and work side by side to undertake big and little jobs around the Circus Field Basin. Job range from simple weeding of the bank, not so simple weeding of the canal; to painting etc. Autumn 2019 we even had a cherry picker to clear out the drains.

Breakfast is served by a team for the hungry workers and in the evening we open the bar, have fish and chips along with some form of entertainment. This  Autumn we had a quiz which was immensely successful and we are looking at making this a more permanent feature of the day

Scroll to top
This site uses cookies: Find out more.